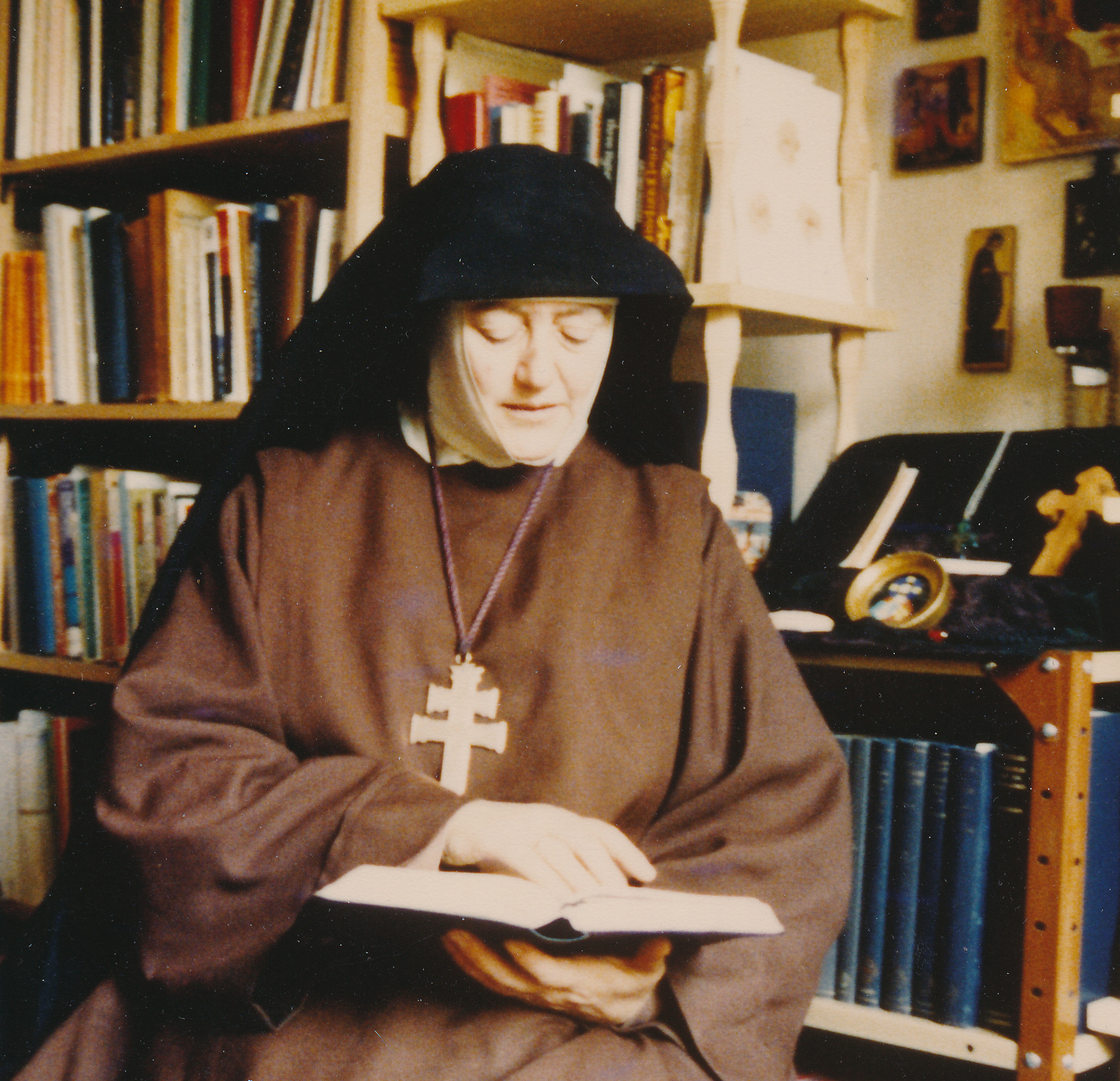 Please pray with us for our Sister who died on Monday 23 May.

Her funeral will take place on Wednesday 15 June.

Following the community’s usual practice, Sister Benedicta’s coffin will be brought to Fairacres Chapel on Tuesday 14 June for Vespers of the Dead.

If you would like to come, please email
The Prioress SLG
prioress@slg.org.uk

Sister Benedicta had been unwell for several months, and had moved to a cell on the ground floor of the Convent where she could receive more care. In March her GP told her that she had cancer and had perhaps three months to live: she asked not to go into hospital, and received end of life care here.

No longer able to continue the work of scholarship for which she was best known outside the community, she spent the time remaining to her on the work of lived prayer (there was certainly prayed also) She gave much time and energy talking with those dear to her, giving away her books, letting go of plans and projects, hearing us read out messages of love and prayer from many who were unable to visit. Two Oxford friends gave generously of their presence and help.

The Sacrament was brought to Sister Benedicta’s cell after Sunday Eucharists, and towards the end she slept a lot and wished for solitude. She died quietly around noon, and the community gathered for the “Prayers on the Death of a Sister”. Our Requiem for Sister Benedicta on the following day included the commemoration of John and Charles Wesley, and on Wednesday we celebrated the feast of the Venerable Bede, a saint Sister Benedicta studied and loved deeply.